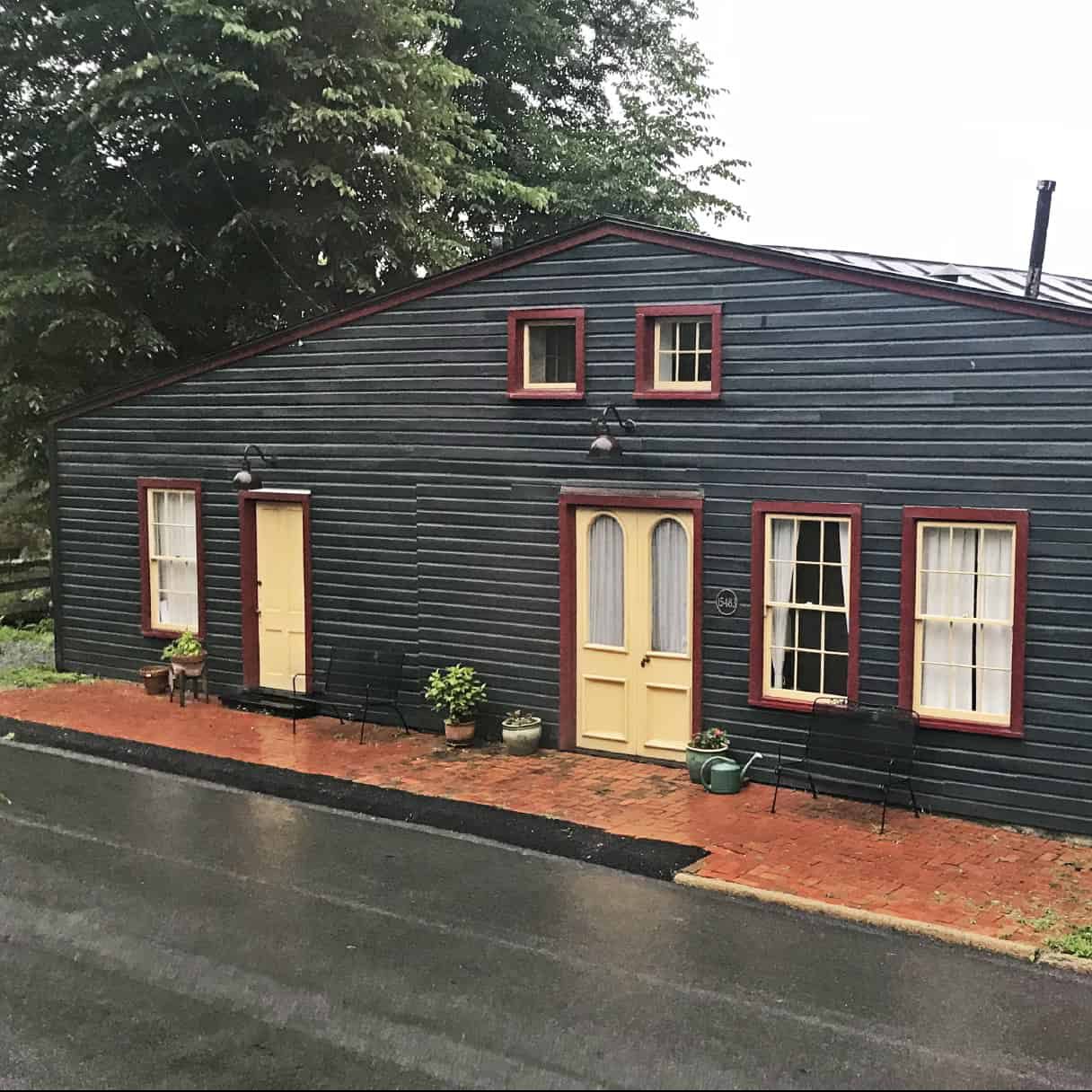 The Livery Stable served the transportation needs of Waterford from at least 1851 to the mid-twentieth century, when it was converted first to an antique shop and, in the 1990s, a residence. The 1851 deed mentions the property in conjunction with a hotel/store in the center of the village [The Pink House] suggesting it may have served customers of that enterprise.

In the early 1890s it was the site of T. C. Baker’s “new and nobby livery stable,” featuring “fine carriages, neat buggies, spacious wagons [and] graceful carts,” not to mention “excellent horses.” But those horses could be a problem: the town ordinances prohibited the keeper of livery stables from accumulating more than one cart load of manure at one time from June through November.

At the turn of the century a multi-structure fire near the Livery Stable made a hero of Albert Shawen, who “stayed on top of one of the barns until the hair on his head was burned completely off and his face and arms scorched.”

The livery stable’s most harrowing event occurred on July 23, 1900, when a number of people gathered in the shop to wait out an evening thunderstorm. A visiting Spanish-American War veteran, Warren O’Hara, exchanged words with local farm boy Ernest Mullen, about young Nettie Rinker. The argument escalated, resulting in Mullen’s killing O’Hara with a club. A local posse tracked down the shaken killer almost immediately. He was convicted of murder but served a short sentence.

In the early 20th century, Ed Beans owned the livery operation; he rented buggies, carriages and horses to everyone from traveling salesmen to villagers needing transportation to a church picnic. One of his horses, “Old John,” was a fine navigator. He was known to deliver his passengers to a favorite bar in Maryland, then when the imbibers were no longer able to “drive,” deliver them safely home, often sound asleep.

The Livery Stable is open through the courtesy of Peter Thomas.