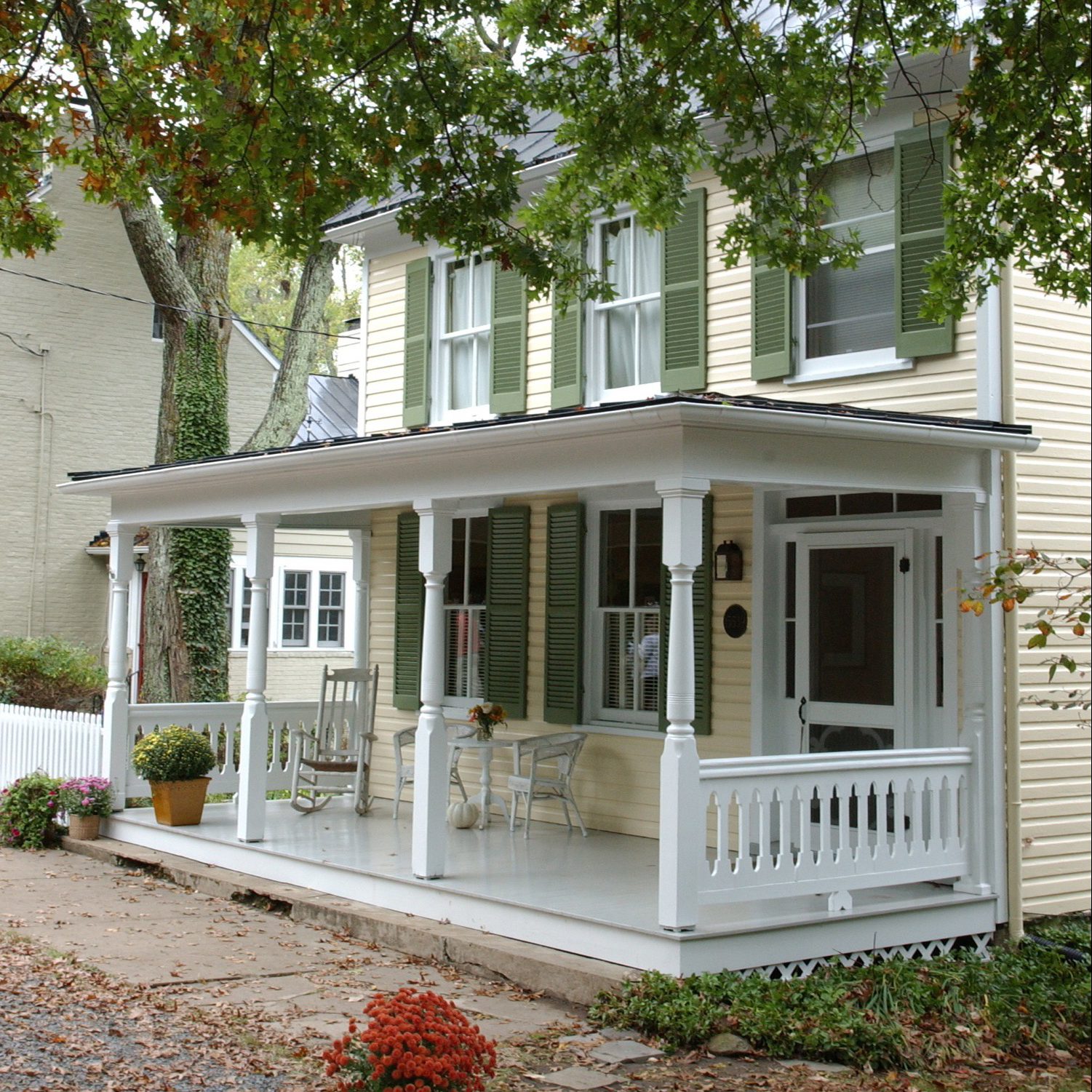 The land on which this house stands was originally purchased from the “Mahlon Janney Estate” auction in 1814 by Isaac Walker. Later owners included Robert Braden and then William Nettle, the master joiner of Waterford, who died in 1855. The lot then passed to his wife, who died in 1879.  The first indication of a building on the property is noted on the 1875 Survey of Waterford, which shows an agricultural or work shop building on the lot. Possibly this initial building was the work shop of Waterford’s master joiner. In 1891, Franklin and Mary Steer sold the property to James T. and Sarah Merchant, who then sold the property to his son Charles A. Merchant in 1906. He and his wife, the former Anna Mary Berry (“Mamie”), who had moved to Washington D.C., returned to Waterford for the health of their infant son Leo and purchased the lot in 1906.

Charles Merchant, a carpenter and painter, contracted with John Spinks, of nearby Paeonian Springs, to build a house. It seems quite possible that the main section of the house was constructed on the foundation of the prior building, and a new stone foundation was constructed for the rear portion of the house. Merchant lived here until the early 1930s. Herb Edwards, a later owner, lived here from 1943 until his death in 1987.

The renovations done by the present owners, Antonia Walker and Timothy H. McGinn, were designed and built by Mr. McGinn. The back of the house, which originally had only one window, has been opened up with two windows and a door to a back porch, orienting the view to the farmland to the west and allowing access to the flagstone patio and herb garden.

There is a new two-story addition just off the kitchen which includes a winter studio for Ms. Walker and bathroom on the second floor. Whenever possible, vintage building materials have been used or recycled to retain the character of the original house. The back door came from the Thomas Moore house on Bond Street and the balustrade of the porch was fashioned from the old kitchen cabinets.

The Charles Merchant House grounds are open through the courtesy of present owners Antonia Walker and Tim McGinn.