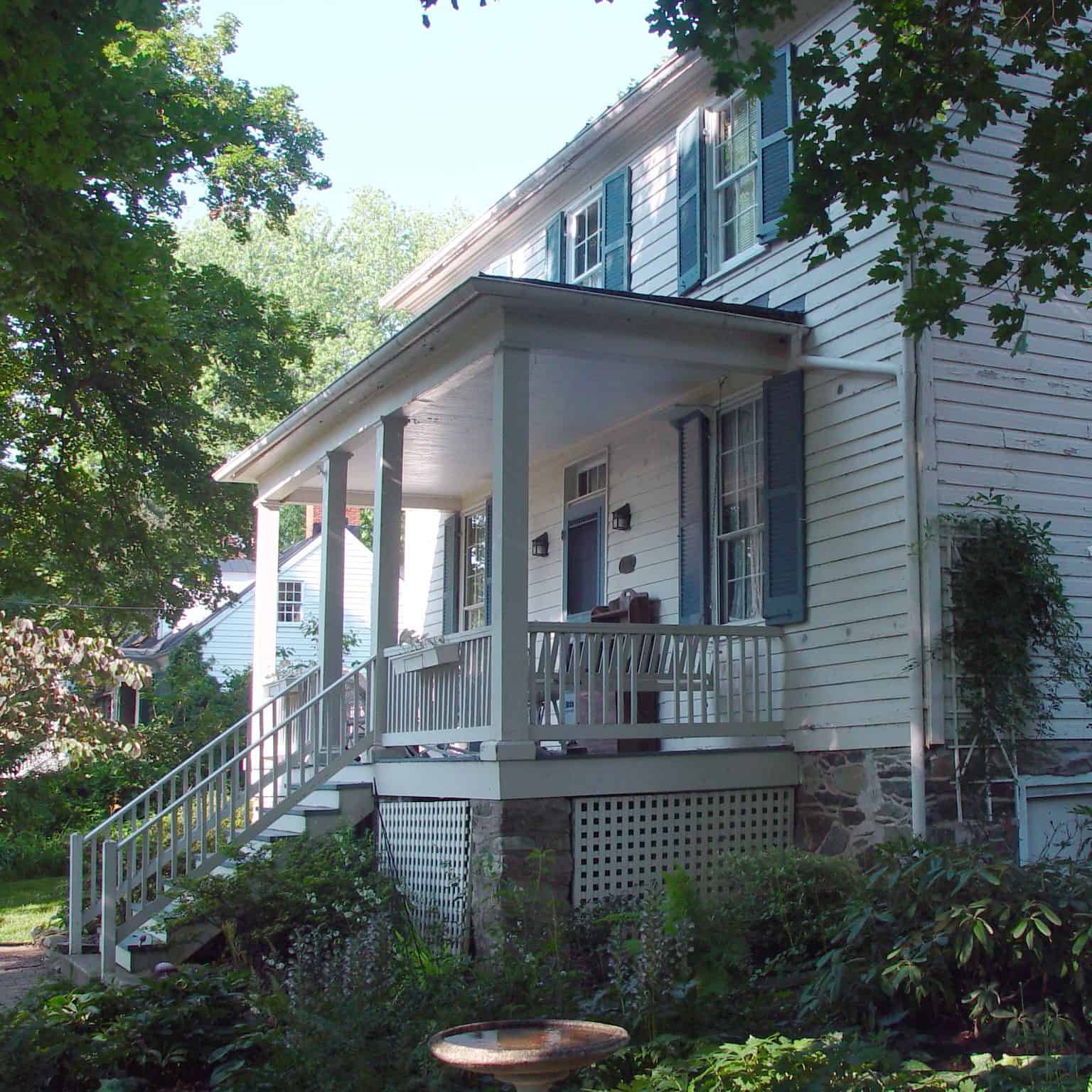 In 1856 Waterford miller Samuel C. Means (1827-1884) purchased vacant lots 39 and 40 of Mahlon Janney’s 1814 subdivision. By January 1861, with war looming and busy with his mill on Main Street, Means sold the lots on which this house stands to Robert W. Thomas (1825-1905), a blacksmith and hotel keeper. Thomas promptly built this house, but by September 1861, when Confederate troops occupied Waterford, they took over the new house for a hospital.

Later in the war, when the Rebels had withdrawn, Quaker businessman Samuel Steer (1811-1883) rented the house and moved his family into town from his farm south of the village for safety; he finally purchased it in 1867 for $700. Northern sympathizer Steer spent much of the war “exiled” at nearby Point of Rocks, Maryland, serving as the U.S. Customs Agent. During the war, his daughter Sarah and her young neighbors Lida and Lizzie Dutton co-established the fervently pro-union Waterford News. The young women would note, in their paper, after their father’s rare visits home that John Dutton and Samuel Steer had “returned safely to the United States….” In 1864 Steer was arrested by Confederates as he tried to visit his family and imprisoned for his Union sympathies.

At the close of the war, Sarah Ann Steer (1837-1914), held classes for village African-American children, first in her home, then in 1867 at the new one-room school just down Second Street.   She taught until 1870 when that school became part of the County’s school system. Her sister Ella taught at the first public school for white children, the Waterford Academy, the predecessor of the Old School on Fairfax Street.

In the 1980s, the owners enclosed a porch. The present owners added an outbuilding, remodeled and enlarged the kitchen, installed a patio and designed and put in a garden with stone walls and a pond.

The Samuel Steer House is open through the courtesy of Edith Crockett and Ed Lehmann.