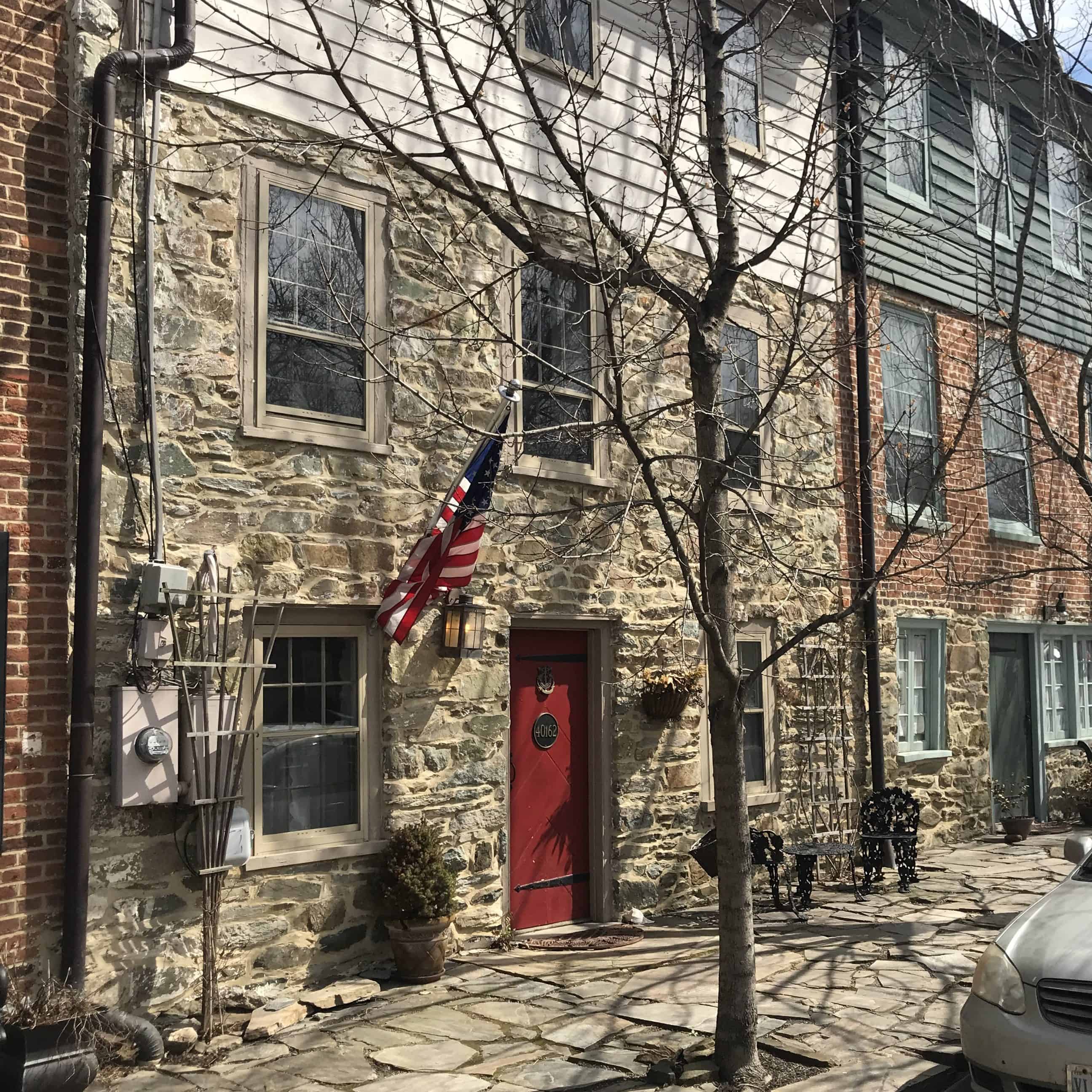 Talbott’s Tavern is part of what is informally called “Arch House Row.” These four residences have undergone considerable change since the early 19th century: Interior partitions have been  adjusted as families intermarried, sold and resold portions, or adjusted to suit their own tastes or  needs. Doors, windows, porches, balconies, siding, even gables, all have changed over time.

Edward and Leroy Chamberlin, brothers from early Waterford families began their extensive restoration efforts in the village with this block of buildings in the 1930s. Joseph Talbott, Jr. purchased the earlier stone portion in the early 1800s, added another story in brick (some of which is now covered in clapboard), and tied it into the stone Talbott House to the south. Talbott and William Paxon (Talbott’s backer) were granted an “ordinary” license and were open for business in 1808.

Joseph Talbott, Jr. was born in Waterford in 1774 to a Maryland Quaker family, but was dismissed in 1796 “for joining in light company, frolicking and dancing.” By 1801 he further blotted his record by marrying a non-Quaker and owning or employing a slave. He eventually sold the successful business to Presbyterian Nathaniel Manning for $5600 and set up a new hotel in Frederick, Maryland.

The Loudoun Company, Loudoun County’s earliest bank, was formed here; the trustees later moved it across the street to 40149 Main Street, which had a cellar vault. This has also been the site of the auctioning of some slaves about 1820. The village was founded by Quakers, but enslaved African Americans lived in town and on surrounding farms alongside their free neighbors. The hotel/tavern went through a series of owners and businesses over the years, including a butcher shop and grocery store—Charlie Divine the shoemaker lived and worked here.

The Loudoun Hotel was the last commercial enterprise here in the 1920s, before being purchased by the Chamberlin brothers who renovated the structures and returned them to residential use.

Talbott’s Tavern is open through the courtesy of Laurie and Wells Goddin.