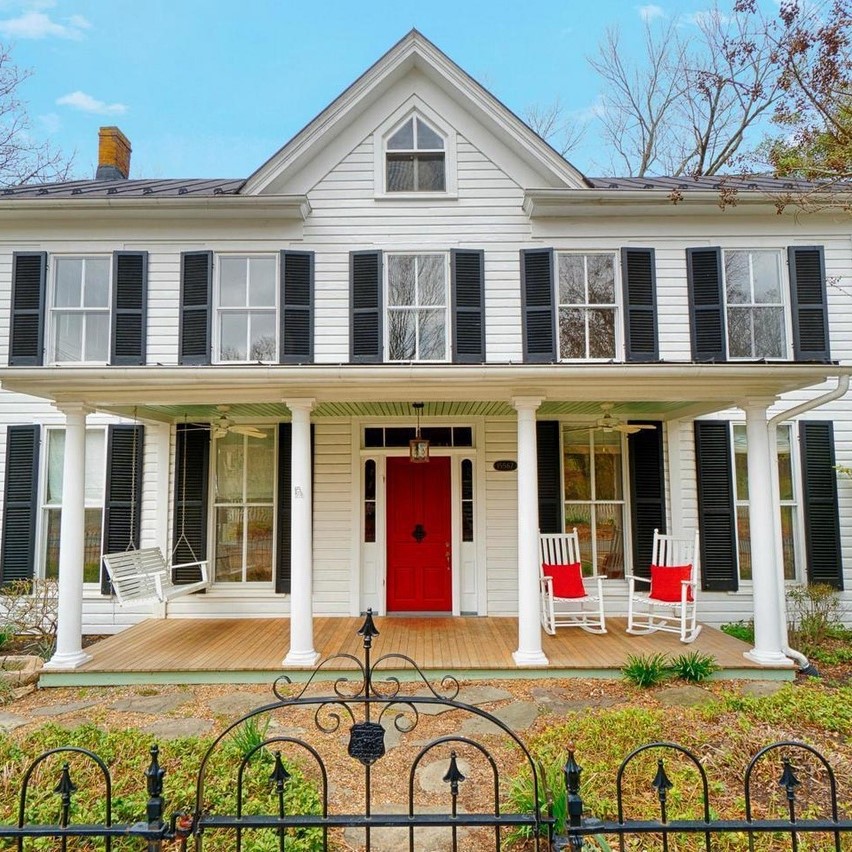 This house is the first of three Victorians built on contiguous vacant lots along the southwest side of Second Street in the late 19th century. During the Civil War, in October 1862, a Union division commander described the location as a beautiful site “in front of a most excellent family of Quakers on the opposite side of the street . . . They offered a nice room, but I prefer my tent,” (where he could keep an eye on his men bivouacked on the adjoining Phillips Farm).

Armida Athey Love (1841-1926), widow of a Union army surgeon, bought the land in 1886 and by the following year had added a new frame dwelling. The house was built by carpenter Asbury R. Johnson (1842-1905), whom she married in March 1887. The local press reported the following month that “Mrs. Kate Rickard, nee Compher, has purchased the handsome new residence lately built by Mrs. Love . . . as her [Kate’s] future home.” Kate, herself a widow, remarried John S. Paxson in 1889, and the property remained in the Paxson and Rickard families until 1956.

A protective easement on the house is held by the Virginia Department of Historic Resources (DHR). Many homes in Waterford have this protection. It prevents inappropriate changes to the original structure. And in fact there have been few alterations made—plumbing and wiring aside. It is less exuberantly embellished than its labor neighbors to the south. In 2010 an earlier deck was rehabilitated and a porch added that is sympathetic to the original architecture.